Thank you Annabel Crabb for that inspiration!

I tracked down Quinces at the local fruit barn, and decided it would be worth the effort to make our own Quince Jelly, and hopefully have some to share.

I started with a Thermomix Recipe from a book called Devil of a Cookbook which my Thermomixer Extraordinaire sister had.  It gave me the basics of what to do to the Quinces using the Thermomix.

De-fuzz them, chop them roughly and throw them in the Thermomix with some water and some lemon.

I followed that recipe for how long to cook them, and what speed.


Both recipes said to sieve the quinces, to remove the grit.  It's not pretty, but it was worth it. 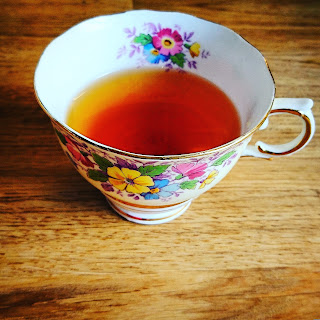 Then, inspired by Annabel I added a cup of chai spice tea. 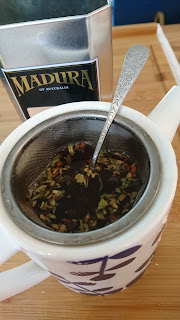 The sugar quantity I used was also from the Special Delivery book, at the ratio of 5/6 of the weight of the cooked quince.

This was markedly different from the Devil of a Cookbook recipe, which may explain why I ended up with a jelly rather than a paste.

Luckily I still have more quinces on hand to try again at a true Quince Paste.

Someone good at cooking chemistry might know why, because the original paste recipe called for 250g of sugar, whereas the Special Delivery recipe calculation required 550g sugar.  Can anyone tell me how this works?

How awesome was it that I had 660 g of quince flesh.

The first recipe required another 30 minutes or so of cooking, while Annabel recommended 10 minutes of simmering.

I have to admit, these were both well off the mark, although I think the precision temperature meant the jelly was never quite simmering.  So in the end I think it took at least an hour (or more) of cooking until the jelly started to turn pink.  It was also much more fragrant then, which seemed another good indication.

I followed Annabel's instructions to have chilled plates in the freezer for testing the jelly on (I also forgot about them and had to tell husband later so they didn't burst out of the freezer unexpectedly and shatter on the floor.
I have no idea about "place a drop on the saucer and see if it has a wrinkly appearance".
But while I was faffing around trying to find wrinkles (only time I've wanted wrinkles), the mixture still in the thermomix obligingly wrinkled to let me know it was ready.


Into the sterilised jars, and all good to go.
That was a pleasing harvest of quince jelly. 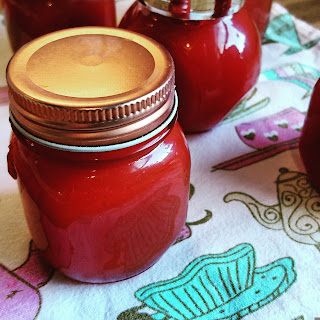 The only thing left is to taste it.

It tasted great licking it from the spoon!

Come on over and bring your cheese!