Part 2 in cooking my way through Special Delivery. 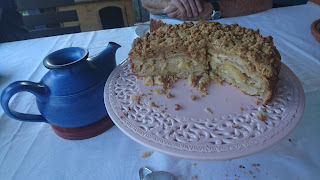 The challenge is on!
With family coming over and the need to put the new oven through its paces, it was time to choose another recipe to bake. 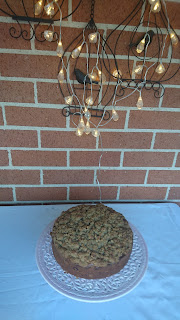 We chose the Apple Crumble Cake from the Annabel Crab book Special Delivery.
No pictures were featured in the book because it's just a crumble cake.  So I have taken my own.

I think this is one of the nicest cakes I've eaten.  The sour cream in the recipe gave it a richness, but it was still so light and most.  The crumble was delicious.
I was a little lazy & didn't peel all the apples.  If you wanted your cake to look really schmick, you would, but it was fine not to.

I may also have thrown in approximately 100 times the recommended amount of cinnamon.  But I'm a firm believer that you can never have too much cinnamon.  The Dude agrees with me.  I'm kind of addicted to it...  I'm sure I'll prove myself wrong in some kind of kitchen fiasco sooner or later! 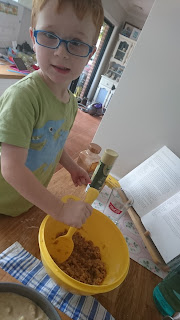 The cake was lovely.  We ate it warm and deliciously fragrant.  The only possible improvement would have been the addition of some clotted cream (distant memories of Cornwall...).

Of course, it was made perfect by enjoying with a nice cup of tea!

If it looks good in the pictures, you should come over soon so I can bake it for you :D 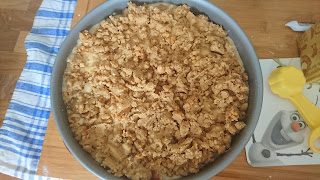