If you know me at all, you know I love Cinnamon.

And all things Cinnamon inspired - Chai, Glühwein (similar to Mulled Wine), Teacakes, Pfeffernüsse, Gingerbread, and on it goes. 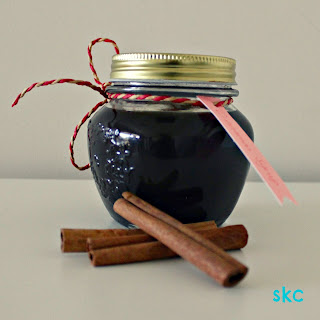 At the supermarket yesterday I saw bulk cinnamon.  I've never seen that before at our regular store.

Its siren song called so of course I bought it.

I've been making some home cooked goodies for Christmas Hampers for friends, and felt inspired to make up a Cinnamon Syrup.  I was sure I'd seen a recipe somewhere, although when I went to find it, it seemed I'd imagined it.  Not that surprising really.

Edit:  I found the recipe after all - Everyday Cooking for Thermomix Families - Star Anise & Cinnamon Syrup.  But it still didn't have enough cinnamon for what I was dreaming of...

So here is my attempt to create a Cinnamon Syrup.

I kept it simple so it's gluten free, and can be used in drinks or as a topping on food.  There were other recipes that incorporated flour to thicken it, perhaps I'll experiment with that next time.

I used the Simple Syrup recipe from ThermoFun - if you haven't heard of Simple Syrup before, it's the name for a syrup made of sugar and water.  It's often used as a base for flavoured syrups or for cocktails.  It's a handy recipe to know, and if you're into cocktails, to keep on hand in the fridge!

After perusing a few recipes, the one that took my fancy was the one here, that incorporated the most cinnamon - the more the better in my opinion!  By the way, that site had some inspiring recipes for a variety of cinnamon inspired cocktails.

This recipe also said to leave the cinnamon sticks in the syrup to steep overnight.  I was short on time, so added them in during the cooking phase, but left a couple of quills in each jar to enhance the flavour and make it look all pretty. 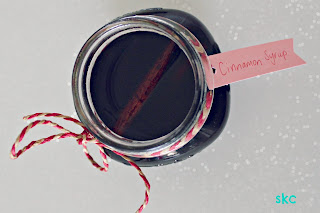 I also added a splash of (home made) vanilla essence, and used half and half coconut sugar (for some reason I had heaps in the cupboard), and brown sugar.

The coconut sugar has a roasted bitterness to it, reminiscent of coffee, that would take the edge off the sweetness, and I felt like the brown sugar enhances the cosy cinnamon goodness.

Initially while it was cooking I was worried because I could smell the roasted flavours more than any other, but at the end of the cooking time, sweet cinnamon fragrances had developed.

If you don't have a Thermomix, you can still make the syrup:  place all ingredients in a saucepan, and gently bring to the boil until the sugar is dissolved.  Allow to simmer for a few minutes until the flavours infuse.

We added some to a berry iced tea for a little sweetness.  And then of course we took turns licking the bowl to taste it.  The consensus was that it's delicious.

The verdict from a 12 year old we love who has a very discerning palate: 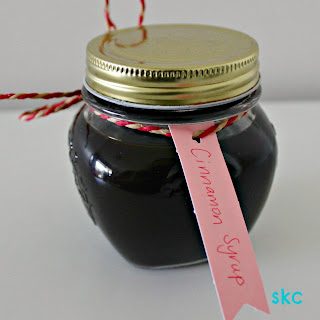 I'm sure you could embellish this by adding other flavours such as orange zest, or other spices like cloves, but I wanted to keep it simple this first time.

I can't wait to add it to other things to share the cinnamon love.  I'm thinking Yoghurt, ice cream, tea, coffee...  What would you add it to? 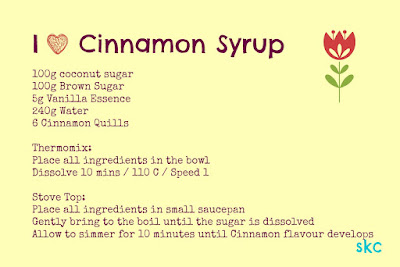 Here it is all tucked into its hamper, nice and snug :) 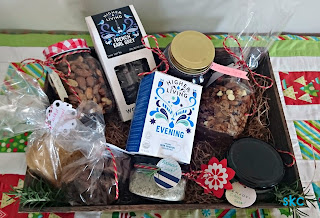